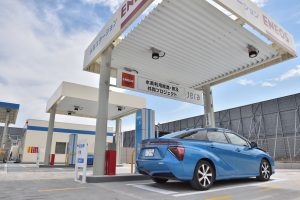 The station has on-site hydrogen production capabilities of 600 Nm3/h and is one of many more commercial hydrogen stations planned across Japan.